Sinfully indulgent creamy vanilla ice cream covered with Espresso, Italian's told and retold coffee drink, is made for everyone to taste and never forget! The great expression for all classes of coffee lovers.

The History of Coffee

Men began to drink coffee in the 12th century in Africa. A legend says that around the year 1400, a sheperd in Ethiopia named Kaldai noticed his goats jumping merrily after they ate a red fruit. He tried to eat it and felt freshened. His wife then gave it to the priest, who baked it for reducing its power. But perceiving its attractive smell, he pounded it and put it in the water to extinguish the fire. He tried to drink that water and felt vigorous. Later, it was propagated by merchants.

Another legend about the history of coffee says that the first man to have known and drunk coffee was Mufti of Eden in the 9th century. Still another legend says that the first coffee drinker was an imam named Deli of the Middle East, who often felt sleepy while praying. Later, he overcame his drowziness by drinking coffee boiled in water as someone had told him to do. After that, the coffee drinking habit reached to the laity and became a way of life in the Middle East. In the 17th century, coffee bacame known to the Europeans, first to the adventurers, and the man whom made coffee popular was Suliman Alga, an envoy to King Louis XIV's Court around 1715. After that the price of coffee soared because French noblemen became coffee-addicted.

The Europeans began to know and like drinking coffee at around the 19th century but this was confined to writers, poets and rich people only. The French attepted to grow coffee in the southern part of their country to no avail. The Dutch tried to do the same in Ceylon and East India, and succeeded. Then the French followed. The two people jealously guarded their own coffee seeds. Upon the rise of a border dispute in Ghana between France and Holland, the King of Brazil sent an envoy to mediate, who sneakily took coffee seeds to reproduce in Brazil so that this country has now become the world's largest coffee producer. 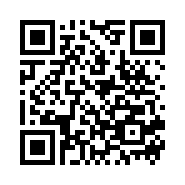